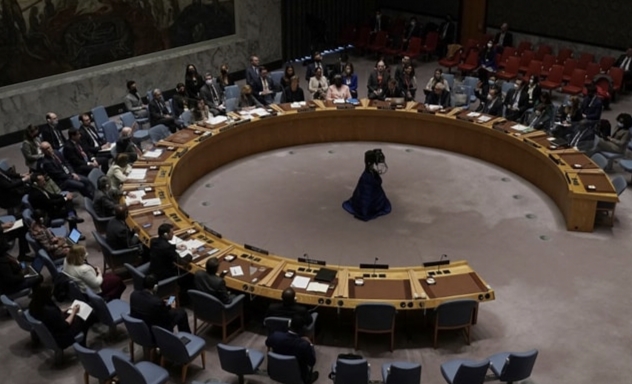 India abstains from voting on UNSC resolution against Russia

New Delhi: India abstained from voting on the draft resolution moved by the US and Albania in the United Nations Security Council (UNSC). The resolution condemned Russia’s illegal referendum and its occupation of Ukrainian territories. The resolution demanded that Russia immediately withdraw its military forces from Ukraine.

The 15-nation UN Security Council voted on a resolution moved by the US and Albania condemning Russia’s illegal “referendum” and the annexation of Donetsk, Luhansk, Kherson and Zaporizhia.

The proposal could not be approved due to Russia’s veto against the proposal. Out of the 15-nation Council, 10 countries voted in favour of the resolution and four countries abstained from the vote. Russia has announced that Ukrainian territories of Donetsk, Luhansk, Kherson and Zaporizhia have been merged with Russia after the referendum.

UN Secretary-General Antonio Guterres said on Thursday that the occupation of a state’s territory by another state by threat or use of force is a violation of the UN Charter and the principles of international law.

“Any decision to proceed with ukraine’s acquisition of the Donetsk, Luhansk, Kherson and Zaporizhia regions will have no legal value and should be condemned,” Guterres said.

“Doing so cannot be in sync with the international legal framework. It stands against the international community. It violates the objectives and principles of the United Nations. This is a dangerous increase. It has no place in the modern world. It should not be accepted.”