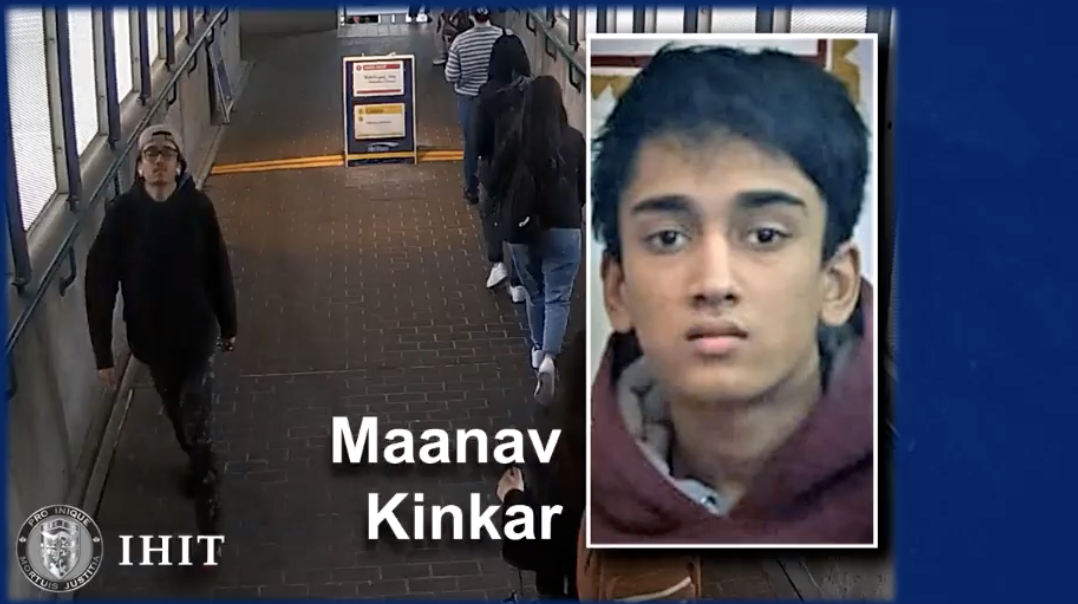 A man who died in a Surrey Park on Thursday was 18 year old teen.

Police identified the victim as Maanav Kinkar, a Burnaby resident, He died at Hazelnut Meadows Park between 68th and 70th Avenues on May 26 at around 8:40pm.

When Surrey RCMP arrived at the scene, they found the teen already dead. Paramedics were on the scene. Police didn’t release the cause of death, but said signs of foul play were present and IHIT was called to investigate.

IHIT released a video image and photo of Kinkar, which appears to show him on a Skytrain to Surrey Central Station earlier that evening and getting on a bus.

IHIT INVESTIGATIVE UPDATE - Surrey
To advance the investigation and identify witnesses and associates, the name of the victim is being released.
The victim was seen at the Surrey Central Skytrain Station. pic.twitter.com/P6xMBr7lrL

The police are seeking witnesses who saw him that evening, particularly residents in the park or who has dash cam footage or cctv around 6pm to 9pm on May 26.