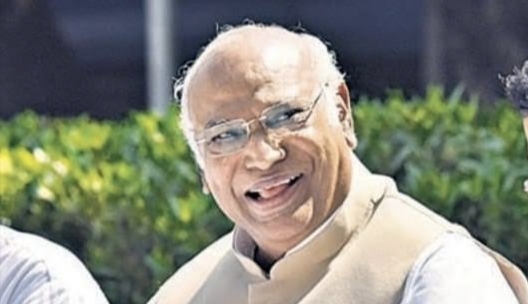 New Delhi: Senior Congress leader Mallikarjun Kharge has been elected as the new national president of the party. Nearly 24 years later, a leader from outside the Gandhi family was elected president of the country’s oldest party.

Reacting to this, Tharoor said, “It is a great honour & a huge responsibility to be President of INCIndia &I wish Kharge ji all success in that task. It was a privilege to have received the support of over a thousand colleagues,& to carry the hopes& aspirations of so many well-wishers of Congress across India.”

He said, “We are indebted to outgoing Congress president Sonia Gandhi for remaining supportive and providing leadership to the party in the most critical situations. I thank Rahul Gandhi, Priyanka Gandhi for their contribution in conducting free and fair elections for the post of Congress president.”

Around 9,900 Congress delegates were eligible to vote to elect the party chief. Polling was held at around 68 polling stations, including the Congress headquarters.

This is the sixth time in the 137-year history of the Congress party that the election for the post of president has been held.