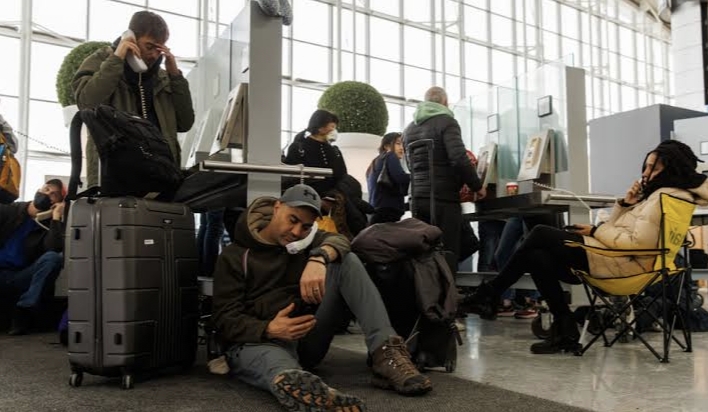 Ottawa: After massive holiday travel chaos that left thousands of travellers stranded at airports, New Democrat Leader Jagmeet Singh said that this travel mess shows that why there is need of more competition in Canada’s airspace.

He stressed that the government must find ways to make airline industry affordable for passengers.

The Federal Conservatives and the NDP are seeking an explanation from the Liberal government on the issue of hundreds of travelers being badly trapped in different places this holiday season.

Tory and New Democrat members of the Transport Committee of the House of Commons sent a letter to the chair of the committee on Wednesday, demanding a meeting in this regard as soon as possible.

NDP transport critic Taylor Bachrach issued a statement saying the Liberal minister could not get rid of his frustration by tweeting that the situation was unacceptable. He said it was the liberal minister’s job to oversee Canada’s transportation system and therefore had special powers to handle the situation.

Canadians deserve to know what steps they have taken in this hour of crisis and what they will do to protect the Passengers ahead.

In a tweet on Tuesday, committee chair and Liberal MP Peter Schiefke said he would hold a meeting with ceos of Sunwing Airlines and Via Rail to discuss these travel issues.

The opposition MP says that during any such hearing, two hours should also be given to The Alghabra to answer questions.