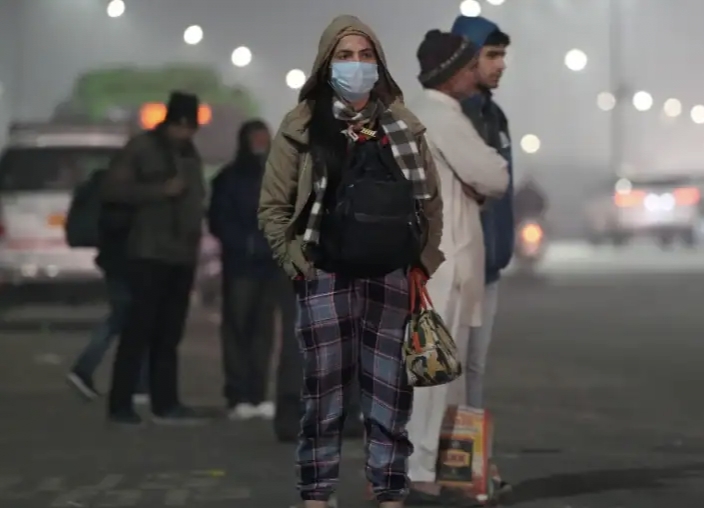 New Delhi: There is severe cold in many parts of the country from the national capital Delhi. According to the India Meteorological Department, Lodhi Road recorded a minimum temperature of 2.8 degrees Celsius in Delhi today (January 5). At Safdarjung, the minimum temperature was recorded at 3 degrees Celsius. At 6:10 am, it was recorded between 3.2 and 6:10 and 8:30 degrees Celsius. Delhi, which is enveloped in a blanket of fog, has become colder than hilly stations including Dharamsala, Nainital and Dehradun.

According to the Meteorological Department, dense to very dense fog and cold wave conditions will continue in north India for the next 3 days. After this, its intensity will be reduced a bit. Along with this, light rains are expected in Uttarakhand, South Madhya Pradesh, Chhattisgarh, North Madhya Maharashtra and Marathwada for the next 2-3 days. Apart from this, dense fog may also occur in different areas of Uttarakhand and Rajasthan during 2-3 days.