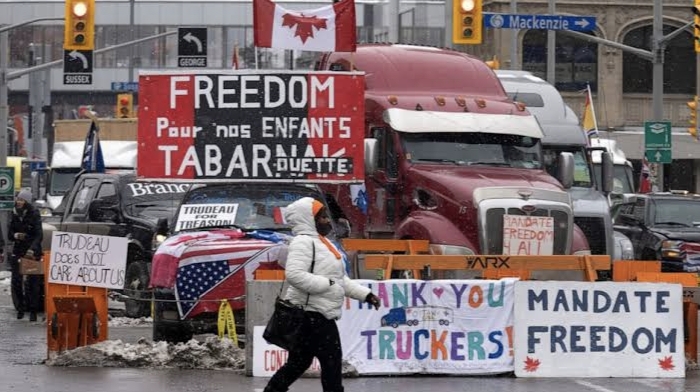 Ottawa: Prime Minister Justin Trudeau is expected to testify during the public inquiry case during the hearing of the government’s decision to impose the Emergencies Act to end the protests by Freedom Convoy.

Trudeau enacted the Emergency Act on February 14, for the first time in Canada’s history, to end Ottawa’s Trucker Protests by freedom convoy members protesting against COVID-19 standards, which blocked the national capital for more than two weeks.

The inquiry will begin on October 13 and to end on November 25 after wrapping up its public hearings.

During this period, the use of this Act, which got the status of law in 1988, will be evaluated. The preliminary list of 60 eyewitnesses prepared by the Commission’s Council is yet to be made public. According to the information received, the list includes eight cabinet ministers, including Trudeau.

In addition to Trudeau, Public Safety Minister Marco Mendicino and Deputy Prime Minister and Finance Minister Chrystia Freeland will also be invited to the hearing.