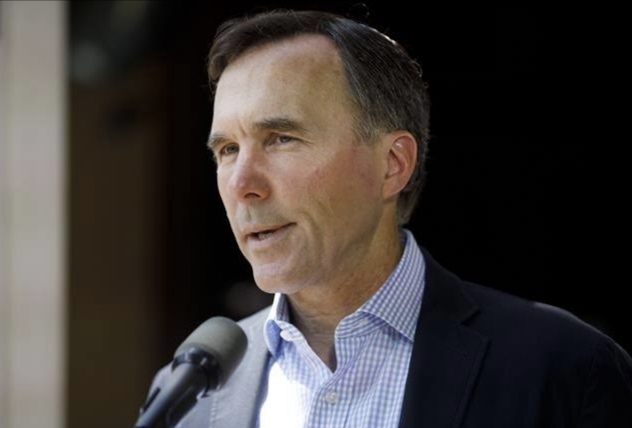 Ontario: Former federal finance minister Bill Morneau, in his new book to be released on January 17, has revealed that while releasing the aid policy for the Covid-19 epidemic, Prime Minister Justin Trudeau and his prominent advisers preferred political points over policy rationality. Morneau said it made him feel like a rubber stamp and that’s why he decided to resign from his post.

In an interview, Morneau said the situation had gone out of his control and that’s why he thought it best to resign as finance minister and MP for the Toronto Center.

In his book “Where to From Here: A Path to Canadian Prosperity,” Morneau said he was assured by the prime minister that he had full faith in him.

But Morneau said reports from sources had made it clear to him that the gap between him and Trudeau had widened over the covid-19 financing program.

The resignation move came within six months of Morneau’s release of covid-19 support to the federal government and the Wei Charity controversy coming to light. Regarding this program, Morneau believes that the Liberal government spent more.

In the interview, Morneau said that as long as he remained in office, there was a healthy tension between him and the PM Trudeau. It was a tension that should have been between the finance minister and the prime minister.

But as soon as they both entered the epidemic period, this tension increased a lot and it took a more awkward form.