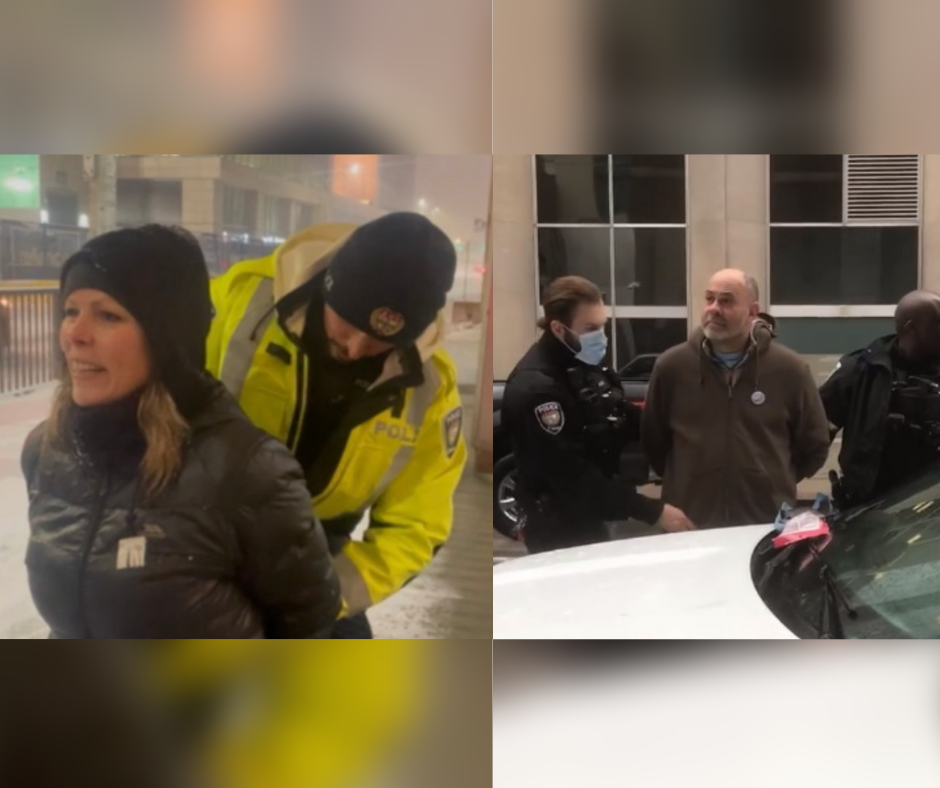 Police in Ottawa have made several arrests as hundreds of antigovernment demonstrators continue to ignore demands they leave the ongoing blockade in the city.

A few blocks from Parliament Hill, one of the convoy organizers was seen in handcuffs between two police officers.

One of the convoy organizers was seen in handcuffs. Authorities confirm Chris Barber was arrested.

There’s no word yet if he’s been charged, or what charges he may be facing.