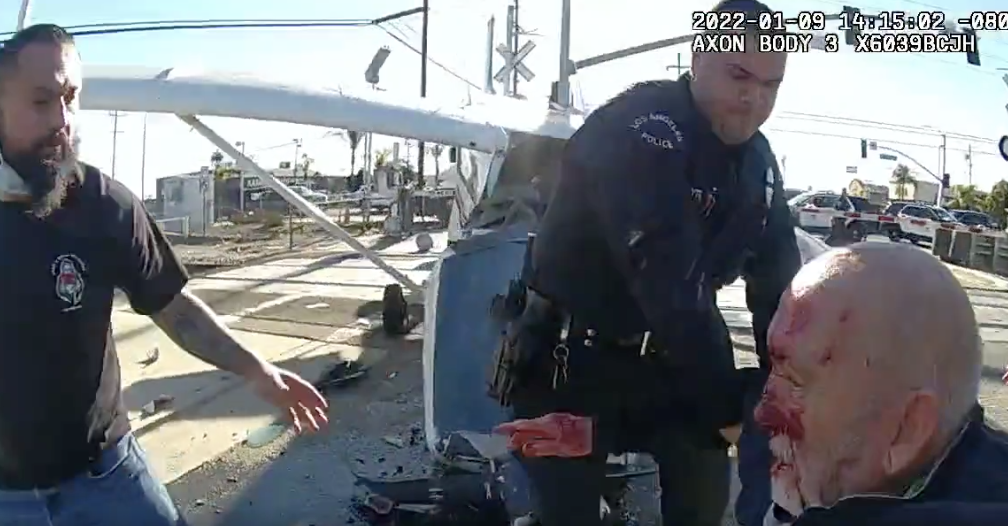 The pilot of a small plane averted death twice in a span of minutes on Sunday, first when he crash-landed onto railroad tracks, then when Los Angeles police rescued him just before a commuter train smashed into the aircraft.

The single-engine Cessna crashed onto the train tracks at San Fernando and Osborne streets about 2 p.m., LAPD Officer Antonio Delatorre said. Shortly after, officers from LAPD’s Foothill Division pulled a bloodied man in his 70s from the cockpit, according to Delatorre.

The pilot was taken to a hospital and was in stable condition as of 8 p.m., according to police.

Foothill Division Officers displayed heroism and quick action by saving the life of a pilot who made an emergency landing on the railroad tracks at San Fernando Rd. and Osborne St., just before an oncoming train collided with the aircraft. pic.twitter.com/DDxtGGIIMo