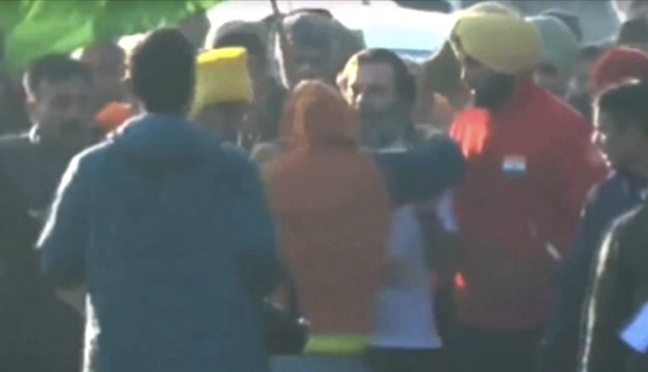 A man broke the security cordon of Congress MP Rahul Gandhi and attempted to hug him. After which the security personnel caught the man and pulled him away. A video of the incident has also surfaced on social media.

In the video shared online, it is clearly seen that Rahul is moving forward with his caravan, but in the meantime, a man wearing a hoodie comes from his side suddenly from crowd.

As soon as he hugged Rahul, the rest of the workers immediately grab him and drag him away. After this, Congress workers created a strong security cordon around Rahul, so that no unknown person comes to him again.