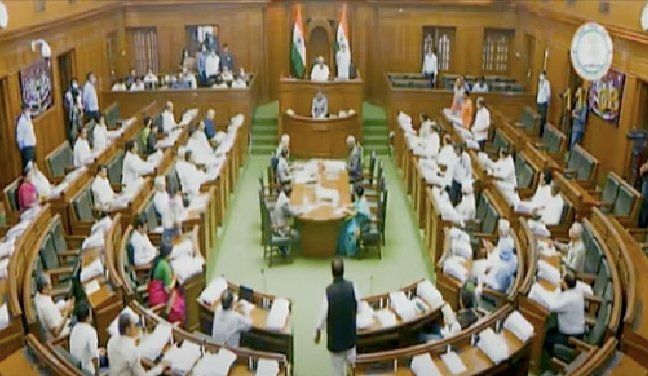 At the same time, BJP MLAs created a ruckus demanding a discussion on the issue of corruption. BJP MLAs O P Sharma, Jitendra Mahajan and Ajay Mahawar were also expelled from the House by marshals.

The Speaker today expelled six BJP members from the House for the entire day in support of which the rest of the BJP MLAs also walked out of the House.

Aam Aadmi Party MLA Saurabh Bhardwaj also read out the Supreme Court order in the House. The proposal was made during the discussion of not sending teachers of Delhi government schools to Finland and creating obstacles in the functioning of the government elected by the LG.

“LG does not have the power to take decisions on the issue of education. Disruption in the work of the elected government is a violation of the Supreme Court order.”

He also appealed to the LG not to violate the Order of the Supreme Court and not to stop the functioning of the elected government.