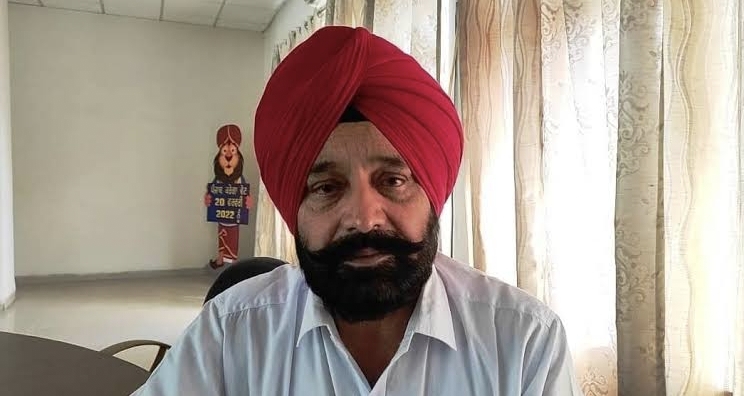 Chandigarh: The second cabinet minister has resigned from his post within 10-months rule of Aam Aadmi Party government.

Minister Fauja Singh Sarari has resigned from the post of minister on Saturday citing personal reasons. Sarari has submitted his resignation to Chief Minister Bhagwant Mann.

Pertinently, Sarari was accused of corruption three months ago. An audio of his conversation with his PA went viral in which he is reportedly setting up plan to extort money from transporters.

The opposition had also surrounded the government on this issue and has been seeking resignation of Sarari.

Fauja Singh was given the post of minister with the expansion of the cabinet in Punjab. He held the Ministry of Food and Horticulture.

Sarkari, however, rubbished the viral. audio and had said that the audio was prepared and posted on social media by opponents as part of a conspiracy to defame him, which has no truth. But the opposition had since demanded his resignation.

Fauja Singh Sarri is the second minister to lose a ministerial post in the AAP government of Punjab. Earlier, Health Minister Dr. Vijay Singla was sacked. Singla was accused of taking commission in the department’s tender. Singla also had to stay in jail. However, Singla was not sacked from the Aam Aadmi Party.

Fauja Singh Sarri is a retired inspector of Punjab Police. He contested elections for the first time and became an MLA from Guruharsahai in border area Ferozepur. Sarari Rai belongs to the Sikh fraternity, which is why he was inducted into the cabinet.