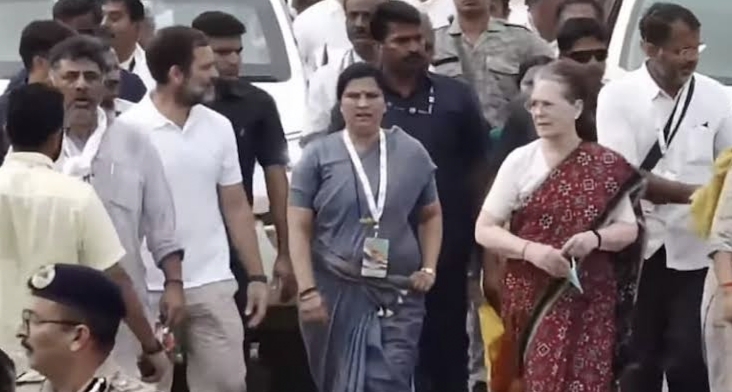 New Delhi: Congress president Sonia Gandhi on Thursday joined the ‘Bharat Jodo Yatra’ in Karnataka’s Mandya and undertook a padyatra along with Rahul Gandhi and other ‘Bharat Yatris’.

Sonia’s padayatra in Mandya, months before the Karnataka Assembly elections, is also significant in the sense that it is considered a constituency dominated by the Deve Gowda family.

Congress general secretary (organisation) K C Venugopal said, “It is a historic moment that Sonia Gandhi has joined this yatra.”

Rahul Gandhi and several other Congress leaders and workers had launched the ‘Bharat Jodo Yatra’ from Kanyakumari in Tamil Nadu on September 7. These days the yatra is in Karnataka. The yatra will conclude in Kashmir early next year. A total distance of 3,570 km will be covered under this journey.

The party has named 119 leaders, including Rahul, as ‘Bharat Yatris’ who will go to Kashmir on a padyatra. These people will cover a fixed distance of 3,570 km.

The Congress believes that this yatra will serve as a ‘sanjeevani’ for the party for the Lok Sabha elections scheduled to be held in 2024.