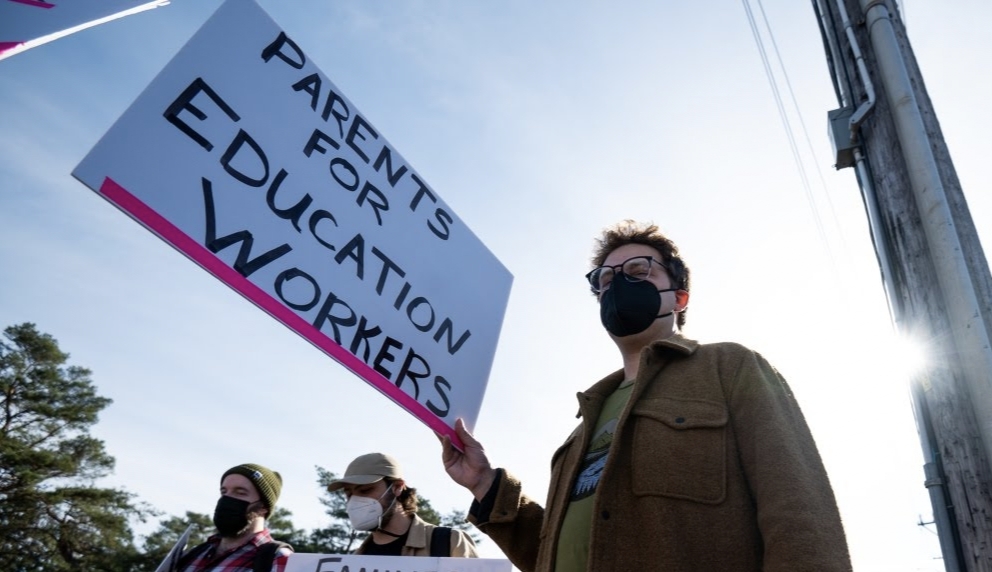 Ontario: The danger of a strike was averted after Ontario’s education workers reached a tentative agreement with the government on Sunday afternoon.

The deal was reached only after weekend talks between the Ford government and the Canadian Union of Public Employees (COUPE).

After this, the union’s bargaining team said that there will be no strike tomorrow morning. He said that all our members will come to school from morning and help the children in studies.

This deal needs to be ratified by COUPE members. Voting in this regard will begin on Thursday and will be completed by next week.

Laura Walton, president of the Ontario School Board Council of Unions (OSBCU) in Coupe, confirmed that the team had reached an agreement 170 days after the talks. However, no disclosure has been made about what has been decided in this deal.

According to Walton, the government has not promised any new money for the new services. She said he did not like the deal. Walton said the central bargaining team had asked her to accept the deal and that’s why she was accepting the deal. The union and the provinces will resume negotiations if the deal is not ratified by COUPE members.

Ontario Education Minister Stephen Lecce said it was a positive agreement for all parties. The biggest benefit of this will be to our children.