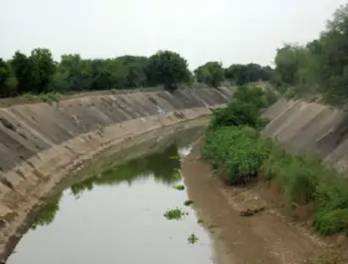 Chandigarh: The contentious issue of Sutlej-Yamuna Link (SYL) canal, which has been going on between Haryana and Punjab for many years, is again in the discussion. The chief ministers of the two states are going to meet at 11.30 am on October 14.

Haryana CM Manohar Lal Khattar and Punjab CM Bhagwant Mann will be present in the meeting. No representative from the Centre will attend the meeting. SYL has always been a big issue for both states for past several decades.

Haryana CM Manohar Lal said that this meeting will be held at 11.30 am.

The Supreme Court had recently heard the issue of SYL in which the Union Jal Shakti Ministry had asked both states to find a solution amicably. The Centre had alleged that Punjab Chief Minister Bhagwant Mann was not giving time for a meeting in this matter.

On this, CM Bhagwant Mann had said that the Center should resolve the matter. Both Punjab and Haryana need water.

In the last hearing, the Supreme Court asked the Union Ministry of Jal Shakti to hold a meeting with Punjab and Haryana within a month on this issue to find a solution to the issue. Its report should be prepared and submitted to the apex court. The next hearing is scheduled for January 19, 2023.