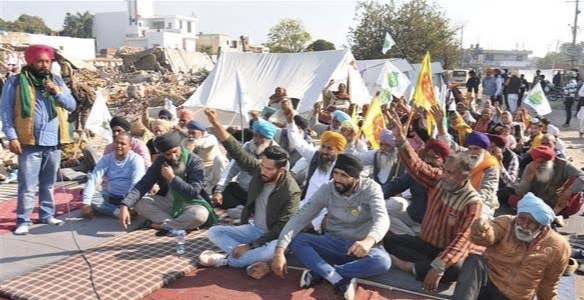 Chandigarh: Chief Minister Bhagwant Mann is soon going to make an announcement of a ‘special package’ for the victims to resolve the Latifpura eviction case. In view of the Jalandhar by-election, the Punjab government now wants to resolve this issue immediately, sources said.

The Chief Minister had on January 16 held a meeting on the issue and directed the Jalandhar Deputy Commissioner to take immediate action to resolve the Latifpura issue.

According to sources, the chief minister is likely to make the above announcement early next week after talks with the families of the victims are concluded.

Deputy Commissioner Jalandhar is in talks with the families of the victims and an offer is being made to the victims. The Chief Minister has informally agreed to give a special package to the economically poor affected families. It includes one flat each and an amount of Rs 2 lakh each.

Around 241 marlas of land in The Nagar Sudhar Trust Jalandhar was illegally occupied and the trust had driven a bulldozer to render dozens of families homeless. Now investigation has revealed that in the guise of poor families, only two innocent families had occupied 132 marlas of land.

There has been a continuous struggle for justice for the Latifpura demolition drive. Most of the families who fought had migrated from Pakistan during partition.

In this meeting, the issue of demolition of Zira liquor factory and Latifpura was prominently raised by a majority of MLAs. These MLAs had also suggested that both the issues be resolved immediately.