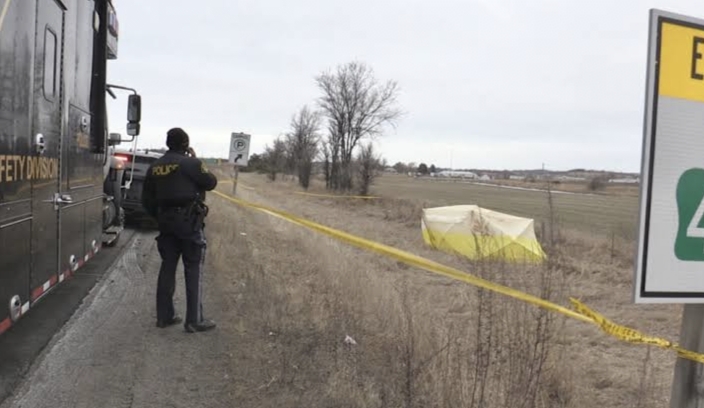 Ontario: The Ontario Provincial Police (OPP) has launched an investigation into the case after the body of a woman was found on Highway 400 in Bradford West Gwillimbury.

Investigators said that around 12:30 p.m. on Wednesday, a motorist informed them that they had seen a human body on the northbound lanes on Highway 400 near Highway 88. Aurora police officials rushed to the spot and confirmed that the body was that of a woman. The OPP said a post-mortem would be conducted to ascertain the cause of the woman’s death.

A police force were deployed in the area after the body was found. The OPP said the police will be present in this area for some time for the time being.

It was also said that there is no threat to the public. Motorists who pass through this section of the highway between January 15 and January 18 are being asked by investigators to contact them. Police also sought footage of dash cameras from people.